The stakes are high and a small Church cannot be allowed to stand in the way just because Pastor Leo has been assigned rights to Mining Exploration Licences over 2500km2 of land in South Australia.

The sphere of influence of these political animals is wide and deep. 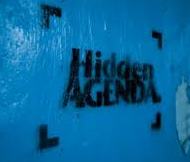 An ideal environment for shady activities as a sinister plot unfolds…

A Politician, discovering that beneath the surface of what seems to be an arid desolate landscape lays what is potentially riches far greater than South Australia’s Olympic Dam, enrols a second, a third public officer, and for good measure, a bureaucrat or two to do whatever they can to wrest these Exploration Licences, as corruption permeates government’s corridors.

The stakes are high and a small non denominational Christian church and charity cannot be allowed to stand in the way just because it’s Pastor has been assigned rights over this lucrative mining land.

Some of the largest (approx 2,500km² gold and coal exploration licences in Australia’s history) has been assigned possibly rivalling the multi-billion dollar Olympic Dam mine at Roxby Downs in South Australia.

Horrified to have lost control, it seems the Politician succumbed to the temptation to use whatever means it took to get them back…

There was clear motive, corrupt power and influence to use – at whatever cost !

The sphere of influence of these political animals is wide and deep. An ideal environment for shady activities as a sinister plan evolves, driven by pure GREED to annihilate anyone they can to get their way. Far from any Independent Commission on Corruption being set up in the State of South Australia and being a lone wolf State of Australia, these demonic public servants – THOUGHT they could get away with it..but they can’t as they have a Higher Judge that ultimately judges their wicked ways that is documenting their every move. God.

100 year old government processes are overturned. Other politicians prostituting themselves with the media and senior government employees with vested interests weigh in…

What does all this have to do with AMI and Pastor Leo?

In 2007, this Geologist/geophysicist that had legally gained these Exploration Licences, exhausted and drained after all the desperate court battles and attempts from the Politician to snatch the Exploration Licences off of him, assigns the rights to this potential UNQUANTIFIABLE mineral wealth to Pastor Leo. Wanting assurance that these riches would be used to help the poor and mentally ill in society should anything happen to him, this Geologist, who had received countless hours of counselling day and night back from the brink of suicide, from Pastor Leo and the Agape Ministry Team,  knew it would be in trustworthy hands.

A humble man, this Geologist had fretted about what would happen if it fell into the greedy hands of those Politicians interested only in plundering the earth and enriching themselves. 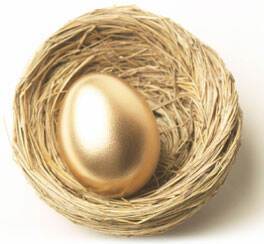 Exhausted from fighting powerful people, fearing for his family’s safety and despairing of ever being able to overcome these evil forces just to keep what was rightfully his, this Geologist asked Pastor Leo to visit PIRSA the South Australian Mining Department offices, as he wanted to formally assign the rights over to Pastor Leo. So they did. As they were leaving the Mining Department offices, a camera flash indicated their visit had ‘set the cat amongst the pigeons!’ Pastor Leo was later then shadowed by decidedly shady characters.

Since 2007 the attacks have escalated to what you are reading about today – raids, accusations in print with ABSOLUTELY no basis of truth, defamation of characters as if it were nothing to smear reputations on unfounded here-says. Why? all because these Politicians and high level SA Police officers THOUGHT they had no-one to answer to..

Even in 2010, when SAPOL fabricated reasons to raid Agape Properties, (aided by a Judas Iscariot parishioner with a brother -in law in the Police force), this Geologist was being questioned about his association with Agape, Ps Leo and the Mining Exploratory leases.

The persecution of this Geologist/Geophysicist and Pastor Leo and Agape continues to this day…
but not for long as God has a big hand and His power and might through an anointed Pastor that
worships day and night will see either vindication for him and the Church’s Ministers – or as has been decreed by the Spirit of God to the Australian Government and judges – the entire nation will become a 5th world nation according to the Word of God, as they have persecuted a righteous man and Ministers that have given up their lives to serve people day and night 24/7 for years, with miracles and manifestations of God’s spirit. Who do you think God will justify? Wait and see and the words of God will not fall to the ground but they will perform what the scriptures declare..

The kings of the earth set themselves,
And the rulers take counsel together,
Against the Lord and against His Anointed, saying,
“Let us break Their bonds in pieces
And cast away Their cords from us.”
He who sits in the heavens shall laugh;
The Lord shall hold them in derision.
Then He shall speak to them in His wrath,
And distress them in His deep displeasure:..
Now therefore, be wise, O kings;
Be instructed, you judges of the earth.
Serve the Lord with fear,
And rejoice with trembling.
Kiss the Son, lest He be angry,
And you perish in the way,
When His wrath is kindled but a little.
Blessed are all those who put their trust in God.

So David said , “How was it you were not afraid to put forth your hand to destroy the Lord’s anointed?”  ..
“Your blood is on your own head, for your own mouth has testified against you, saying, ‘I have destroyed the Lord’s anointed.’
and the man who came against King David died. Who can escape God’s wrath?