Home » The Story » Trial By Media

The media has enjoyed encouraging this bizarre fabrication. Many Agape parishioners would have given a very different perspective – if ever a reporter had asked. Not one did. They ran with stories without fact checking even of Agape or its representatives – NOT ONCE did they ask ! 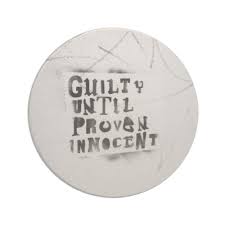 Instead they tried to make a mockery of Ps Leo, saying “he fled” Australia on the May 19, 2010. A quick phone call or two would have confirmed he and two Agape Church Ministers departed 3 days earlier. Not exactly fleeing is it? Australian Customs and Immigration departments know exactly when he left – 3 days BEFORE the raid. The Fijian Government knew the Australian media  misrepresented the truth.  [Senior Fijian officials knew Ps Leo had organised an appointment with their Government on May 4, 2010, for his planned visit in mid-May 2010.]

It appears that Frank Pangallo, described as a so-called ‘reporter’ for a current affairs program ’Today Tonight on Channel 7 in Australia, did a story on national TV featuring Phillip Arbon (an associate of Martin Penney [former Judas Iscariot parishioner] that Martin used to stir up trouble) to do a ‘story’ about Agape and it’s Pastor. So Pangallo features Phil Arbon on Today Tonight defaming the Church and Pastor even though Phil was a well-known bikie member (for decades) and drug user.  This ‘reporter’ already had an ‘axe to grind’ with Agape because a well known churchgoer knew about Frank’s personal history of his involvement in shady dealings.  Frank Papgallo then obviously rejected any attempts by Agape to present the truth.

Frank Pangallo’s response?
“So long as we have a story we don’t care about the source”

There was never a request to interview any of the Ministers. Quite the reverse – vindictiveness and vile. The Executive Producer Graham Archer of the Today Tonight program was even approached by a parishioner warning them to fact check their allegations as they were defaming a Church and its Ministers by questionable sources – namely Phil a known bikie/drug user and others that had ‘an axe to grind’ as they were expelled from the Church for their attempts to defraud other parishioners. Graham Archer’s stance was arrogant and dismissive also- money and ratings it appears at whatever cost! They were so hell-bent in their attitude – so quick to want to condemn the Church that it seemed from parishioners’ views that they were determined to discredit at whatever cost. Many were shocked at this voracious attitude of the media outlet.

Other media outlets blindly and unquestioningly followed their lead…

The monopolistic Murdoch run Advertiser Newspaper in South Australia and associated Murdoch press fervently then followed. Other media outlets then jumped on the media bandwagon literally copying word for word, their stories and publishing them all around the world  – never verifying any truths. Absolute gutter journalism ! Not one journalist ever, other than superficially, investigated this matter. Even now using the term journalist is a disgrace, because a journalist seeks the truth, verifies sources and most importantly gives the accused an opportunity to present their view – even basic morals do not operate in the minds of these individuals. Checking facts was not even on their radar. Gutter journalism at its worst? The sole focus was on sensationalist tactics to sell papers and stories. Rupert Murdoch proved this was the fact when his Newspaper ‘News of the World’ the largest paper in Britain was soon after forced to shutdown in 2011 because of his company’s despicable journalistic practices. Shameful!  Same lies, same corporate culture, same evil that was shovelled by another Murdoch paper – The Advertiser South Aust ! Sell at whatever cost. Evil individuals and corporations influencing society’s views on a Church producing results for humanity – all for what? Ultimately for their judgement unfortunately…

The nations have sunk down in the pit which they made;
In the net which they hid, their own foot is caught.
The Lord is known by the judgment He executes;
The wicked is snared in the work of his own hands.
The wicked shall be turned into hell,
And all the nations that forget God.

Are these Bold statements?

Not really, if you think about the copious amounts of evidence freely available to anyone who bothers to look.

Can you imagine if another religious group such as Muslims
were treated this way?

As a respected South Australian lawyer commented,
“there’s been nothing like this since the media frenzy over Lindy Chamberlain –
that happened over 35 years ago” !!!

And look how wrong the media got that case !
It is high-time they need to be held accountable..