Home » The Story » And More Emnity

Surely there can’t be more?

This man attended AMI until it was revealed that he was a deceiver who defrauded many AMI supporters. He was taking money from many, even robbing an elderly widow by not paying her rent for months and defrauding a single young mother supporting two young children.

Ps Leo expelled him from the Church in 2009. He chose to be an antagonist and joined the ranks of the Antagonists. He had a bone to pick.
Read More

Australian Senator Nick Xenophon deceived? – or was this an opportunity for him?

It is believed that, being part of Adelaide’s Greek community Michael Spartalis knew Senator Nick Xenophon.

Realising his interest in so-called religions, his love of media attention and his well known addiction to ‘media stunts’, Spartalis appears to have manipulated Senator Nick Xenophon into raising concerns publicly about AMI as a so-called ‘cult’ and to approach the ATO about investigating the church.

There are strong concerns that Michael Spartalis, to this day, continues to agitate and recklessly cause trouble. There are many reports of him visiting vulnerable and potentially unstable people to fill their heads with lies, regardless of consequences and who gets hurt.

Radically influenced by Martin Penney, this woman didn’t need much encouragement to publicly raise unfounded concerns about her grand-daughters’ welfare. As part of this vicious campaign, she was prepared to spread lies about her own son, AMI’s worship leader and his young family.

A mother’s malicious gossip destroys her own son’s career…

Baligod had never been to AMI, yet she gleefully spoke untruths to the media and to all who would listen, uncaring of consequences. What mother would only too quickly denounce her own son? See More 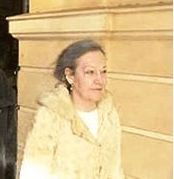 Her son, a music teacher with a solid job teaching at high schools around South Australia, lost his job because of the adverse publicity caused by his mother’s vindictive lies.

He contacted the SA government’s Child protection agency and arranged to have his children interviewed and assessed by a child psychologist to disprove her allegations. They were found to be well, safe, and of sound of mind. The girls showed no signs of trauma of any kind.

Impossible to feed his family…

Due to the ongoing publicity seeking of this woman, the son and his family had left South Australia  as the media hype made it unworkable to find another job.

The Senator has, in the past shown keen interest in religions and even inappropriately used his position to name a Catholic priest in Parliament (even after an investigation, the priest had not been charged with any crime) . As a part of Adelaide’s Greek community, Xenophon knew Spartalis.

What would blind an experienced lawyer to the truth? … Ambition? Publicity? Ego? 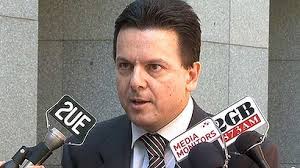 It is alleged Spartalis induced Senator Nick Xenophon to publicly raise concerns, based on Baligod’s wild gossip claiming AMI was a ‘cult’.

Never one to miss an opportunity to get in front of the media, he also rushed in without any fact checking.

And it’s thought, to add his foolhardy actions, to approach the ATO, with the same groundless accusations about the church (under FOI laws paperwork sourced from the ATO indicates that a member of the senate contacted them).

This man aptly described as a ‘media-tart’ by the media themselves is renown for charging in with unfounded accusations against Christians, proving he had already abused parliamentary privilege to name and accuse a priest in the Senate.

A former AMI parishioner, Arbon was reconciled (after 12 years apart) to his family for a short period after counselling by Ps Leo. As a convicted criminal, drug addict and firearms offender, after his wife threw him out again for backsliding within a month of re-marrying in January 2010, Arbon developed a burning resentment towards Ps Leo and was an easy pick to be used by Antagonists against the Church.

It appears that this man spitefully joined with Martin Penney to smear AMI and its Pastor, going out of his way to contact anyone and everyone who could help in his quest, including the media. After threatening the lives of more than one AMI supporter/parishioner and threatening to kill the Pastor, Arbon relentlessly stalked this man, assaulted him, then conspired with SAPOL to falsify a report of being assaulted by Ps Leo. See More

Overdosing in April 2013, sadly this man fell victim to his own addictive vices and died. Tragic. We pray he repented.